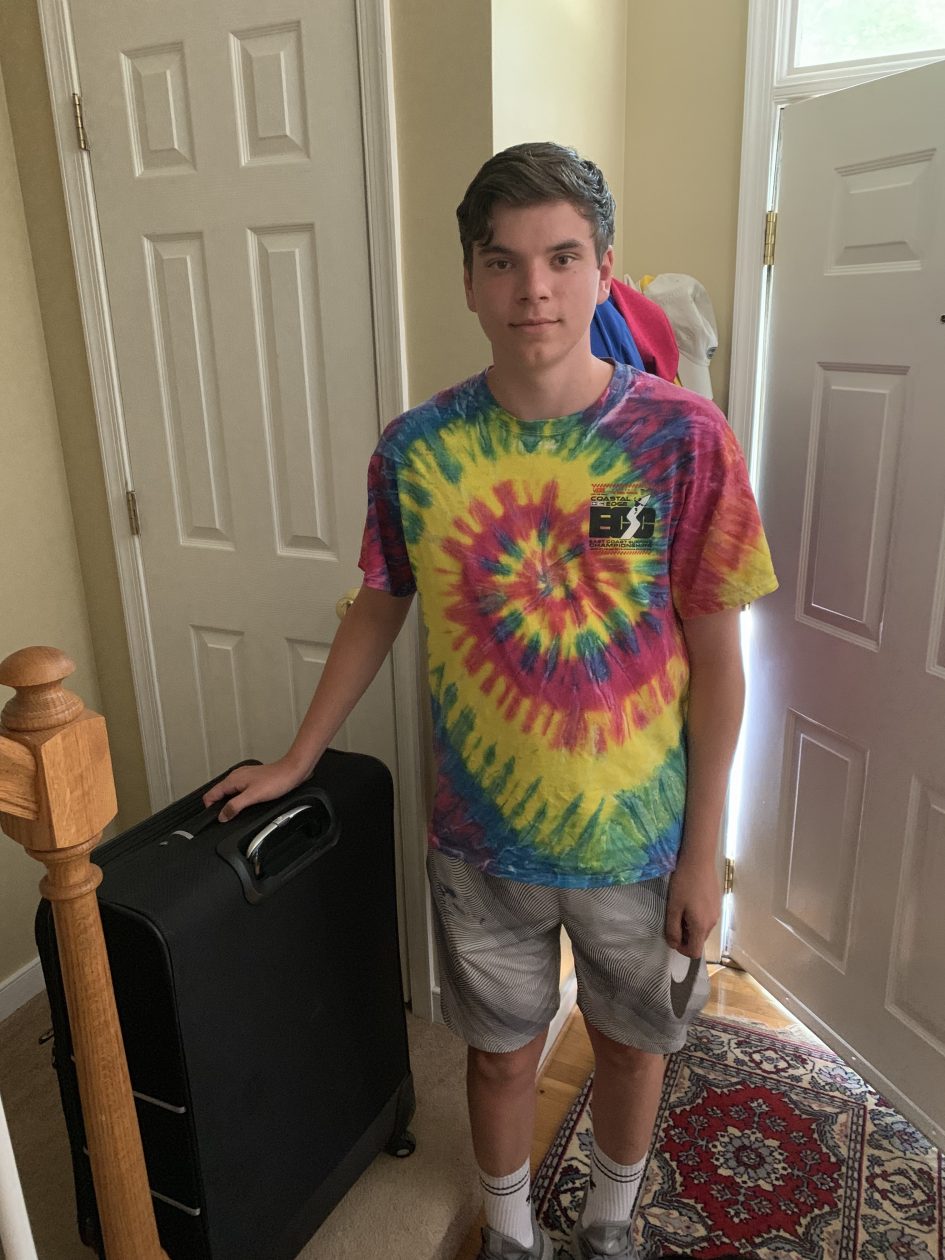 Ben made it home from Beach Week yesterday.  He looked tired, said he hasn’t slept a lot during the past week but was somehow able to get a shower and then spend the rest of the day with his girlfriend.  He made it home around the time I was going to bed.

Today he got up and asked about getting season passes to Busch Gardens Williamsburg.  After some discussion we agreed and then with passes in hand, he was off again for the day.  In my post yesterday I talked about independence. I don’t think he reads my posts but if so, he has really taken that one to heart!

He did mention that he and his Beach Week group are “famous”.  They made a video where they slapped their stomachs to the drum solo in Phil Collins’ “In the Air Tonight”.  The video was posted by Barstool Sports on Instagram and after 3 days has nearly 3 million views. Makes my videos look pretty pathetic.

Unfortunately for him, this fame doesn’t bring any financial gain.  He is still trying to learn responsibility and budgeting. I feel I am failing as a parent on this front.  He hasn’t learned patience and spending with what you have versus what you hope to have. As I told my wife today, love will make you blind, especially as a teenage boy, but I still feel some level of difficulty and discomfort is going to be necessary to make him gain some understanding.

This week will be an interesting one.  He claims to have a couple of days available to devote to work around the house.  On Thursday we go to his Summer Orientation session at JMU. So we will have time to test his work ethic and then spend 5 or so hours in the car together to discuss the outcome.  It could get interesting. A test in patience and communication for both of us.

I guess I am feeling a little pressure as we only have a few more months to steer him right before he is off to college.  Not that August is the end of being able to provide him guidance, that is a lifetime. But it is hard to get over the idea that we are facing a monumental time of change and it is very possible he will be less open to our guidance as he furthers his development into being his own person.

This is a time of maturity.  Maturity includes living, learning and failing.  Supporting him every time he falls doesn’t help him grow.  So again, some tough times may be headed our way the next couple months so he understands and can grow from it.  We’ll see – I will continue to report here as the next chapter plays out.