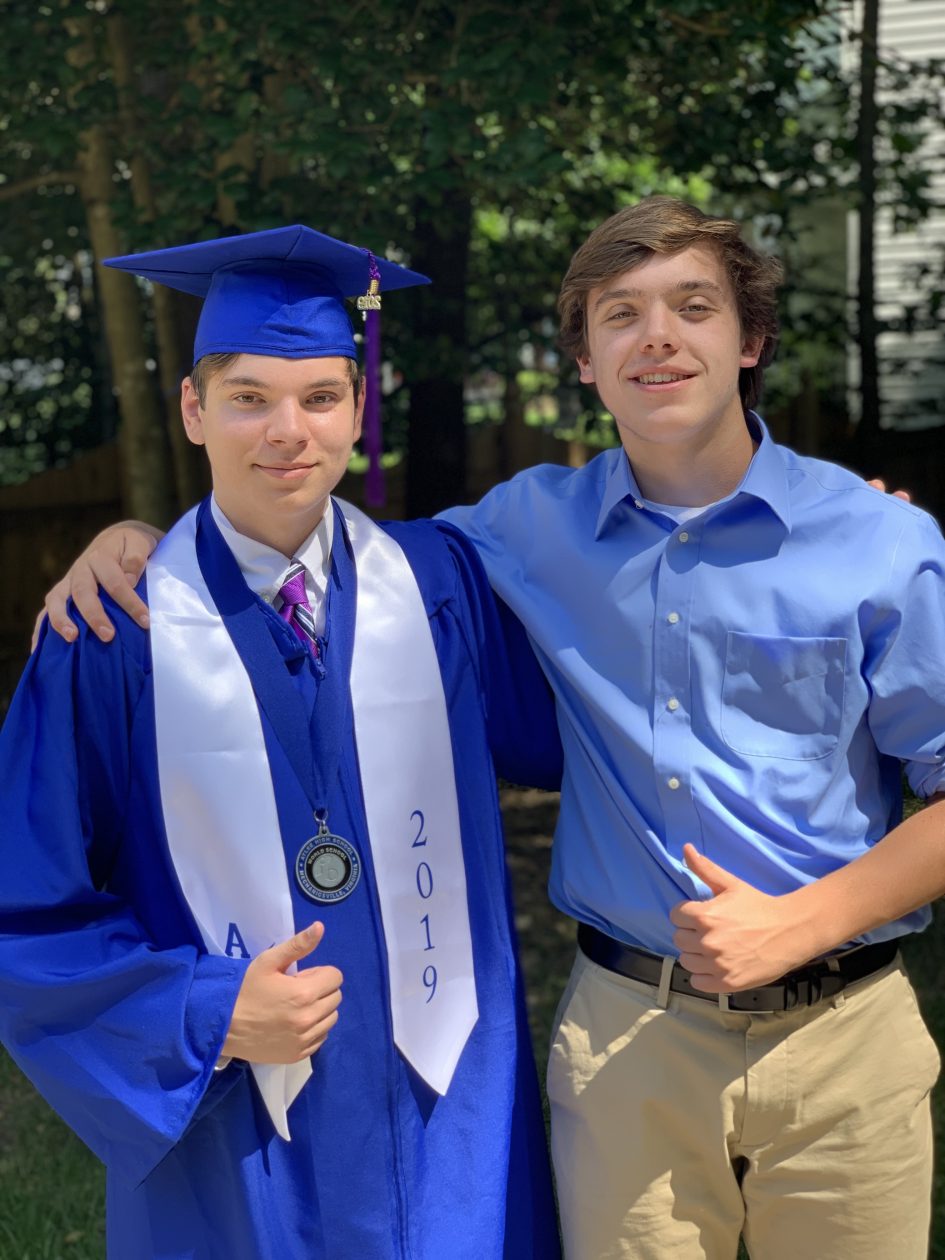 Happy Father’s Day dads.  It is our day where we get to do what we want.  We can have a good meal, relax, be catered to – all of the joys of having loving offspring.

Today began with the oldest, yesterday’s graduate, heading to Beach Week.  He was up around 6AM (a time on the clock he hasn’t seen for quite a while) and hit the road half an hour later.  Last night we were up late making sure he had what he needed and was fairly packed. The group in his car doesn’t have another driver with a year of experience behind the wheel so he was going to be the driver for the duration down to the Outer Banks.

His Beach Week consists of 16 boys and one very brave mom.  The mom is supposed to have some help (and support I am sure) from her sister but it is hard to convey the level of admiration we have for this woman.  We really appreciate her going as chaperone. Hopefully the boys will behave and not be a burden.

We’ve all heard of, and perhaps experienced, wild Beach Week stories.  With this group of boys, assuming I and the other parents are not totally misguided, they should be good.  They are a smart and responsible group and chances are likely they will maintain their week without issue. While Beach Week is a chance to grow and be independent, it would be nice if no one was hurt or got in trouble.

So after sending him off I went back to bed for a bit to sleep in for Father’s Day.  That lasted until it was time to leave for Northern Virginia to have lunch with family.  It was good to see everyone – all the kids were present except for Ben. He let us know that he made it to the beach house while we were on our way up to NoVA.

So this week we will be interesting with only one son home and it being the first week of Summer break.  Summer always seems so short once you look at the calendar with vacation time planned, a soccer camp for the youngest, the oldest heading to the beach another week with his girlfriend, high school volleyball tryouts starting the first week of August and college check-in looming on the horizon.  It is going to be here before we realize it.

We are fastening our seatbelts.  Life is not slowing down.