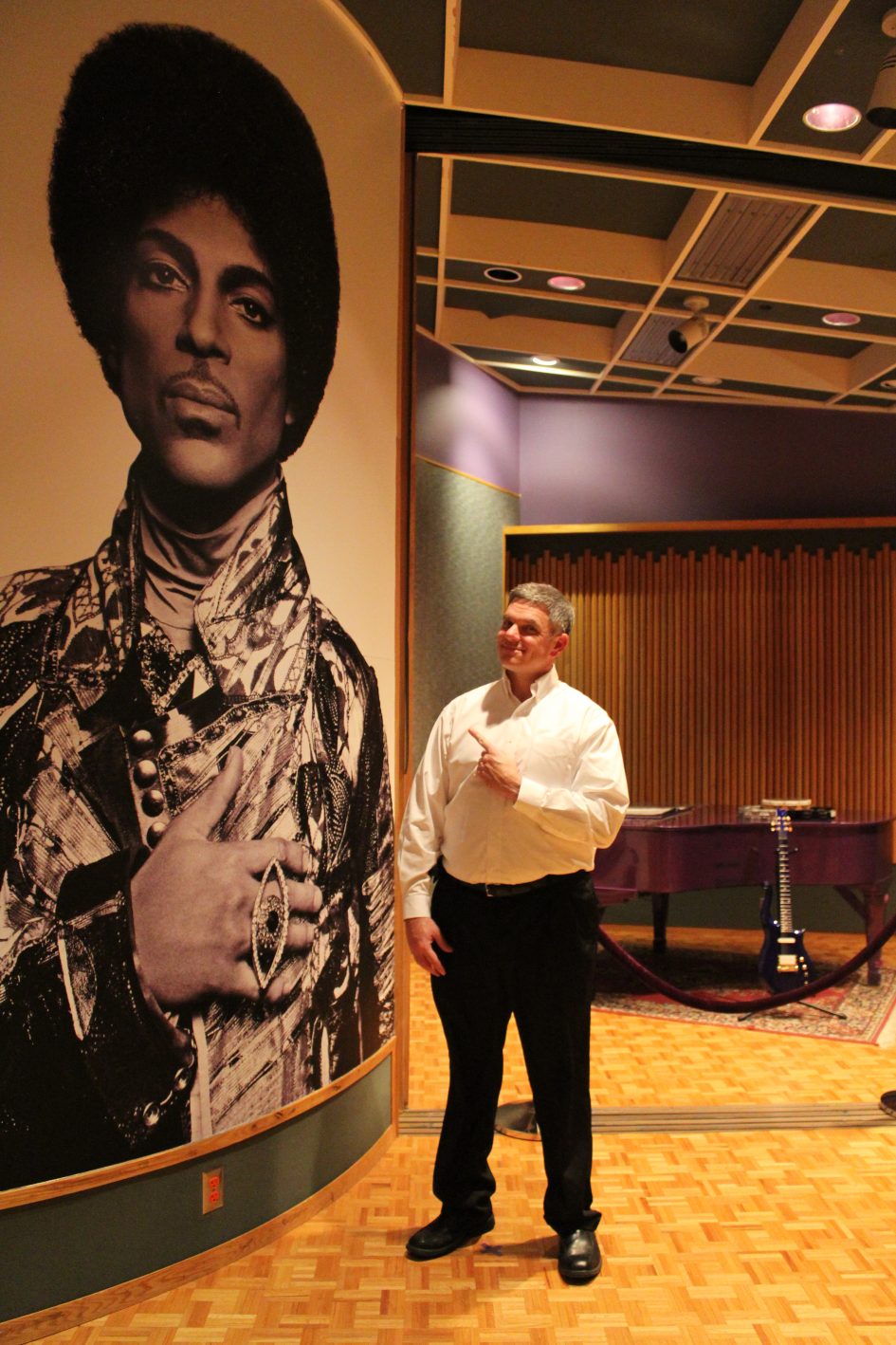 Me in Studio B - Paisley Park

I don’t consider myself a Prince Super Fan. I am a fan. I believe him to be the greatest, most talented music artist ever. But I haven’t put in the time or hysteria to be considered a super fan. All that said, on his birthday I wanted to commemorate him in some small way.

I saw Prince in concert twice – once at the Richmond Coliseum and once at the smaller venue, then called the Landmark Theater (still the Mosque to many Richmonders). I saw Purple Rain and Under the Cherry Moon in the theater.

I bought a bootleg copy of the Black Album and then traded it in for a picture disc copy of the same. I have various vinyl records of studio recordings and live acts. I used lyrics from The Beautiful Ones as my senior quote in my college yearbook. “Paint a perfect picture; bring to life a vision in one’s mind. The beautiful ones will always smash the picture. Always, everytime.”

I lost my following for Prince for a while. Life got busy in the late 90’s, my connection to music in general dimmed a bit and focus turned to other things. I missed a lot during that time that I still have not caught up on fully.

In recent years, during business trips to Minneapolis, I have made my pilgrimage to First Avenue and eventually to Paisley Park. The Paisley Park experience was incredible. I would recommend it to anyone. I was proud to be able to identify all of the people/groups that Prince influenced on the mural wall (my group seemed a bit less informed). To see the props from Purple Rain was really cool. I even took advantage of singing in the studio but my overlay recording on Raspberry Beret is pretty awful.

Tonight I fired up Purple Rain and skipped around to catch all the music. After that we found the super bowl performance on YouTube. Then a few other videos and even the Chappell show skit about Charlie Murphy playing Prince in basketball. A good night of a variety of Prince to celebrate his birthday. Happy Birthday Prince Rogers Nelson.