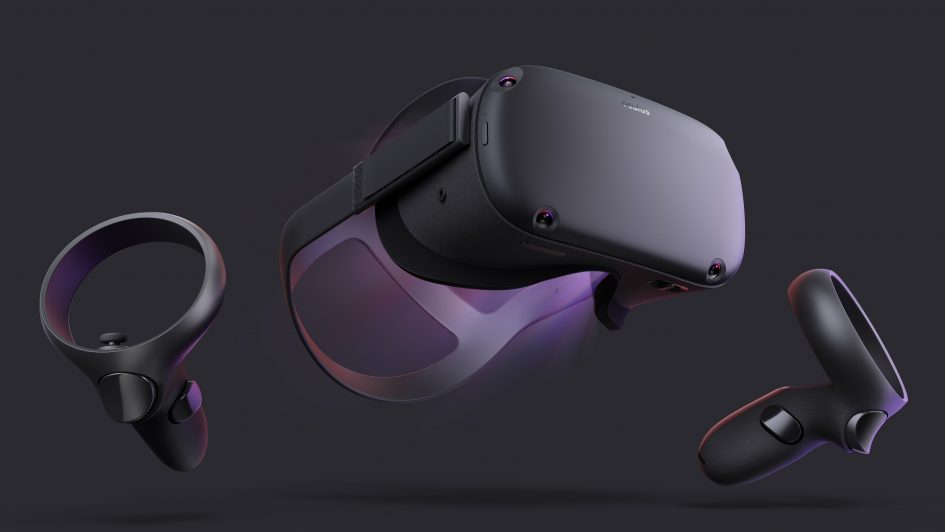 My birthday gift to myself was an Oculus Quest.  The VR headset was released the day after my birthday and it arrived on Thursday.  It is a lot of fun, perhaps too much?

A while ago I cut my teeth with VR by getting the Playstation VR setup.  It was really amazing and even though the games available were limited, Sony had a wide range of things to get started with.  The only issue was the wire. I constantly worried about pulling too hard on the wire and yanking the whole thing down.

One of the better games on it was a jet fighter game I got a few months ago.  It has a mission in the game that is VR but the rest is not. The VR view from the cockpit while fighting in a dogfight is a great example of what VR can be.  Another great use are the VR videos offered through the console. Watching Tony Hawk and other skateboarders attempt a 360 loop while immersed in the scene via VR was quite an experience.

The Oculus Quest is all of this (so far) but without the wire.  Playing Beat Sabers, Fruit Ninja and the Star Wars Vader Immortal game are excellent uses of sabers and swords that can even allow you to get a bit of a workout.  Sports Scramble is a great throwback to Wii Sports and Racket Fury (ping pong) is amazingly realistic, if not a little too forgiving. VR Carts was not terribly impressive on my first go round – I need to give it another shot.

My oldest son is really into it as well.  He finished up sweaty from trying to keep up with Beat Sabers (he is a lot better at it than I am) and his improved play at Ping Pong (Racket Fury) might come in handy at college next year.  My youngest enjoys the virtual visits around the world through Wander. Using Google Maps, it gives you the ability to go and be in most any environment around the world.

There is a lot more to discover with the Quest.  Various video channels and new games are being created or converted for the Quest.  Oculus seems to have a pretty extensive library that they are preparing for the new platform.  While I don’t plan of VR being the right thing to fill up my spare time, it is a fun way to relax and play around (or perhaps play within?).

If you see some short posts like this one, it is probably because I am cutting my writing short to go play 🙂