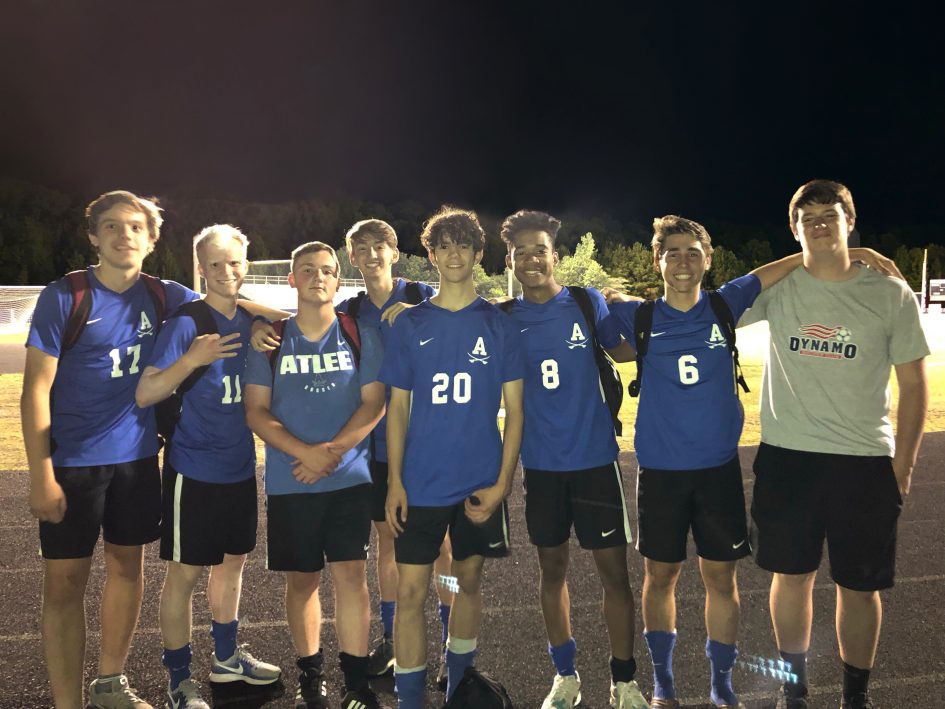 As said some posts might be a little short – this may be one of those days.

Tonight was the end of the High School soccer season.  Atlee, the sixth seed, lost to Tucker, the third seed, 0-1.  It was a defensive match for Atlee and Josh played well. Tied 0-0 at half, Atlee had a few opportunities and was putting up a fight.  But in the end one shot slipped by and that was that.

Watching the seniors who have played their last game was interesting.  Several made special effort to say goodbye to the younger guys, even though we still have three weeks of school.  Thinking ahead to next year and how Josh and his friends that we have watched grow up over the years will be in that situation seems almost unreal.

After the game Josh came home then headed to Ortho-on-Call.  He injured his wrist at practice 3 days ago and has been avoiding having it looked at for fear he would be told he couldn’t play in the game today.  With the game done, he went in to confirm it wasn’t a break. Just a sprain – ice, Advil and a brace. It will hinder him in his normally active life (he has a Spikeball tournament tomorrow) but will heal soon enough with some rest and care.

So I now enter the sports lull (for a little while).  I still have today’s game and the one I never edited to post and then the season is done.  There will be some work to make a season highlight video and there are always some requests to share clips, etc.  But until Summer indoor league, the camera will collect dust. These little lulls are nice but I get bored pretty easy so I will have to find something to occupy my time.

P.S. – had a little camera envy tonight – guy came up next to me right after the start and setup.  After he struggled with his tripod for a while (pretty sure it was broken) I told him I was jealous of his camera.  He commented that my tripod was better. Good stuff.