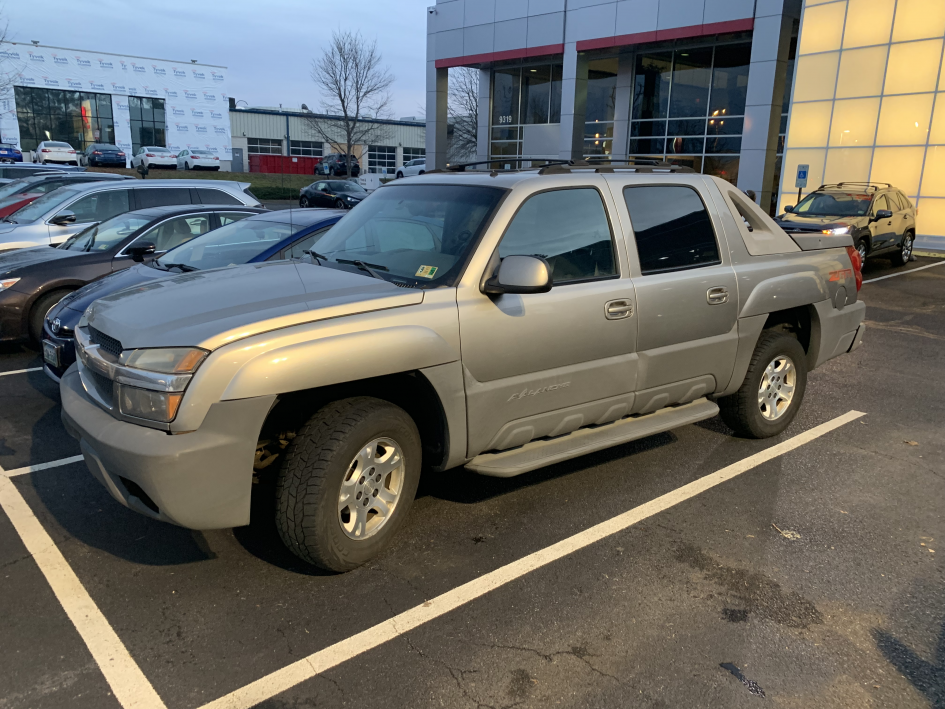 Do you remember the first car you rode in as a kid?  We all probably have some memory of a car from our childhood.  Rolling around in the back of a station wagon before it was a felony to ride without a five-point harness.  Times with friends as your parents took you all from place to place.  Or the first car you drove and the way it reacted to your untrained hands.  Take a moment and think about your top car stories.

Our latest car story is the end of the 15 year run for us.  When our second son was born, we quickly realized we had to find a vehicle more versatile than my Chevy S-10 extended cab pickup.  With two kids in car seats, we were sharing our other care (an SUV my wife drove) whenever one of us had to take the boys and that was extremely limiting (with care exchanges in the morning or evening in her parking deck).  So we started looking at alternatives and wanting to stay with the truck option, I focused on a Dodge Durango (4 door to haul the family, truck bed to haul anything else).  But, while visiting a Dodge car lot, I saw a used Chevrolet Avalanche that just seemed too good of a deal to pass up.

It was less than two years old, low mileage, and as such, well beyond my budget.  But it seemed to hit all the right buttons for me:  four doors, lots of room, lots of power and it was a Chevy (my first car was a Camaro so I always considered myself a Chevy guy).  So, with the help of a family loan we decided to make the investment and take advantage of the family-size monster of a vehicle.  I think it was the second day driving it that I clipped a parked car making a right hand turn downtown and realized that I needed to treat this thing like the boat that it was.

Over the next few years the truck served its purpose.  It carried the boys to and from daycare, and later the same for the dogs.  It carried us all to vacations at the beach and to visits with grandma and grandpa.  It soaked up the sweat as it brought me home from three seasons of marathon training team through the heat of the Summer.  It hoisted my bike rack and delivered me and my bike to the start of dozens of group rides and events.  Not to mention trips to the dump loaded with brush and branches and even a broken down swing set for which the boys had grown too big to enjoy.  It carried lumber to build our screened in porch and block to build the base for our shed.

Most recently, when my youngest son was ready to learn how to drive, he wanted to drive the Avalanche.  He quickly learned that it required some effort as the Avalanche was beginning to show some signs of age.  The steering was not as tight as it used to be.  The suspension was getting old and worn.  The gas and brakes were not as responsive as newer cars and took some getting used to.  My wife noticed it too.  On days when she had to drive it, she would share her concerns with its safety.  The AC wouldn’t work (not too bad if you roll down the windows but the windows wouldn’t always go back up without a little help), the lights on the controls failed (specifically the heat and AC controls, but with the AC not working it didn’t matter as much) and worst of all, it started to leak when it rained.  The floor boards would become wet due to a leak and that started a rusting trend that will likely never stop.

So, with nearly 195,000 miles, it was time to seek a replacement.  With my youngest getting behind the wheel, we included him in the selection process.  I was inclined to go with another Chevy (looking at the Colorado as an option) but it was quickly evident when he sat in one that his tall stature was not going to work in the Colorado (the steering wheel sits fairly low and he just looked cramped from the start).  He mentioned a Toyota Tacoma because a friend had one.  I started to do a little research and long story short, we landed on a four door, four wheel drive Tacoma (while most people assumed the Avalanche was 4WD, ours was only rear wheel drive and did horribly on the snow – with this Tacoma I welcome a snow fall to try it out!).

It is a little bitter sweat to give up the Avalanche after fifteen years of memories.  It truly has become a family member.  But, as I mentioned to my wife, I am just happy we got rid of it before it got rid of us.  It was only a matter of time before a major mechanical failure was going to cause its (and our) demise.  Now we have new adventures before us in our first Toyota.  I am sure it too will work its way into our family and create a new set of memories, hopefully a majority of them good.  It has already increased my youngest’s desire to get out and drive more, a benefit we considered when looking for a new vehicle.  So while we will miss the old boat, we will enjoy the new (with bluetooth and all the other modern amenities) member of our family!