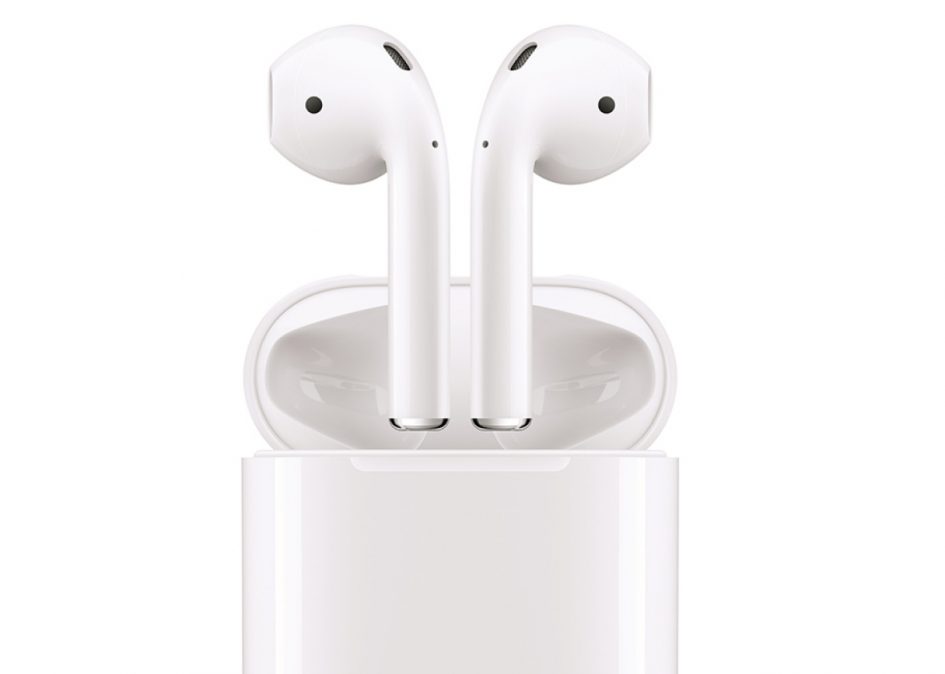 While I know I am late to the party with this realization, Apple hit a homerun with the AirPods.  These little wireless earbuds are awesome.  I use them constantly, to the point that I find I am getting through my weekly set of podcasts more quickly because I am listening beyond the car (in line at the gas station, waiting to pick up food, folding laundry, anywhere).  What led me to this purchase is described in more detail below but again, while they have been around for a while and been reviewed by countless early adopters (who I generally ignored), I find them to be wonderful.

What Apple didn’t get right is the process of buying them through the Apple store app.  There seems to be little benefit to using the Apple Store app unless you are worried a product could be sold out before you get to the store.  Otherwise it seems to actually take longer to use the app.  It is not as if the product is waiting at the front door for me when I get there.  I have to check-in and then they have to get a “runner” to go back to get my order.  In the case of the AirPods, the runner had to walk past the AirPods on display to go to the back to find mine!!  I could have saved time by just walking in an buying them off the shelf!

While on the topic of companies that get an app related process wrong, Pizza Hut has to have one of the most frustrating apps I have ever used.  Perhaps it is fixed now, perhaps it is just me.  First, the number pad that appears so you can type in your phone number has a habit of removing the numbers as you use the keys.  For instance, if I typed 2-1-2, after I pressed 2 the first time the button would become blank.  After I pressed the 1 it too would turn to an empty square.  Luckily the numbers pad is pretty standard and easy to follow even though the buttons become blank, and you can see the results of what you are typing in.  Not the case when entering the credit card number – the display of what you typed shows nothing.  No numbers, not even for a second before they are obfuscated for security.  Nothing at all.  You really have to focus to make sure you got it right and it is not uncommon to have to try a few times.

On the opposite end of the spectrum, the Panera app and process is a wonderful thing.  There is a Panera about 5 minutes from my office.  I can place my order on the app, drive to Panera, walk in and my bag is ready on the Rapid Pickup shelf.  I have never had to wait.  And the app is great.  It remembers my favorite orders, has an easy to navigate menu and allows me to pay with ApplePay if I don’t want to store my credit card info on the Panera app directly.  Panera has really impressed me with their technology advancements over the past few years.

So there you have it for my mild rant on the Apple buying experience using the Apple Store app.  Apple offers great products, they never seem to let me down and achieve their goal of selling me things I didn’t even know I need.  But the purchase pickup process could be better.  (Still not as bad as the Pizza Hut app – I really hope they get those bugs fixed so it is easier to order a pizza!!)

What led me to the AirPods?

When Apple announced the AirPods I thought they were a stupid extravagance.  Sure, Apple put on a great show about how you couldn’t live without them, how they were integrated with Siri and how they were just simply amazing.  I was not convinced.  I had a couple sets of wireless headphones for running and always had hit or miss luck if they would connect on the first dozen tries. The ones I had were connected with a cord that ran behind my neck which bothered me once it was  wet with sweat and became “clingy”.  When I was training I needed to get out pounding pavement before the feeling passed so any equipment failure that caused a delay was unacceptable.  I had to keep a set of lightweight wired headphones as a backup. 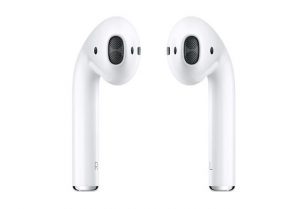 Press forward about 12 months after the Apple announcement.  My 2002 truck does not have bluetooth so to listen to podcasts and music from my phone I needed a solution.  I purchased a Harmon/Kardon Esquire Mini.  It was thin enough to prop up in the center console behind the cup holders and produced a great sound.  At least until the cold snap late 2017.  I probably should have brought it in at night during the really chilly nights.  It started to sound like the old film projectors from the 70’s.

In considering replacement options I thought about wireless headphones but didn’t want anything to be in both ears, preferring only one so the other could listen out for sirens, angry horns or any other traffic sounds to warn me there was something to which I should direct my attention.  Plus I believe it is illegal to have both ears obstructed while driving.  So I first went with a wireless speaker again, this time getting the Altec Lansing Baby Boom which was waterproof (thinking that might manage the weather better).  It did the trick and was inexpensive, running only $20 from Best Buy.

But the Baby Boom didn’t help with “hands free” phone calls.  While the Harmon/Kardon would operate as a wireless phone speaker, it didn’t do a great job.  I wanted something that would work for both my needs – listening and conversing.  This led me down a path to the Apple AirPods.  A path from which I am unlikely to stray.  (Back to the beginning)