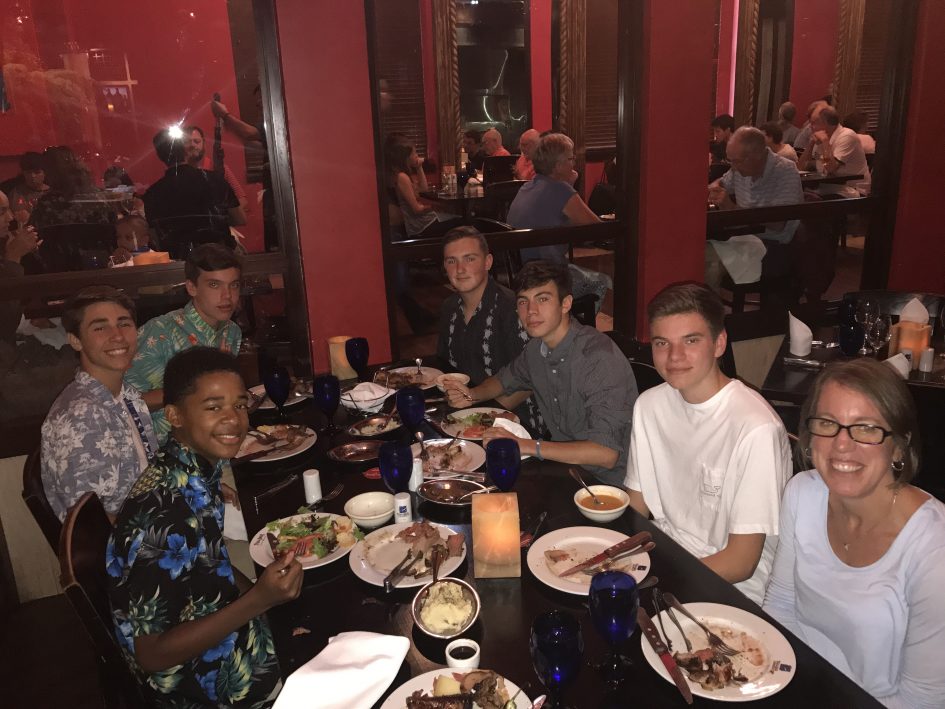 I used to worry about our boys having friends.  When they were younger we would go on family hikes or all go to one of their sports events or visit family often on the weekends.  I noticed that they didn’t seem to be making friends with the neighbor kids and weren’t really interested in going out to play in the cul-de-sac when other kids were out there.

I grew up going to a private school that was a decent distance away from where we lived.  The closest friends from school for many years were about 10 miles away – not terribly far but not out the front door or a distance I was willing to (or allowed to) ride my bike.  I had a couple of close friends in the neighborhood when I was younger but when we moved I never felt I made strong friendships with the new neighbors partly due to the different school thing.  Perhaps that has caused me to be overly sensitive to our boys having friends that lived nearby.

But as the years have shown, having friends is not problem at all for them.  Through school and sports they have built a healthy set of friends.  My oldest has a group he is well entrenched with that go bowling, meet up at someone’s house, and even work on school projects together on a regular basis.  In fact, as I write this they are all downstairs waking up from their New Year’s get together (it is amazing how much food teenage boys can consume).

My youngest has built a group of friends primarily around playing soccer.  Most of his core group are either on the same team now or were in the past few years.  Most of them are also friends at school.  They have developed routines for going out to dinner together, to the movies, of course pickup soccer games and then when they are home they are usually playing video games (FIFA) and chatting.  Last night he went to one of his friend’s homes where their group did their New Year’s thing together.

It is great to see the boys have such a great group of friends.  They are all well mannered and stay out of trouble for the most part (it is funny to hear some of the colorful language they use when they don’t think anyone is listening).  And as they get older their groups become a mix of girlfriends, girls who are friends and  girls who are just one of the guys.  It all works out to make a great group for them to share their High School years with.  And it is nice to see that my worries about their friendships are completely unfounded.

Update: Shortly after drafting this the boys sleeping downstairs began to stir.  It was like the Walking Dead as some started to move then try to walk and then seek food in earnest.  With only 4-5 hours of sleep, they were certainly very “zombie-like”.  But, before the visitors left they cleaned up all the cups and plates (and food) and one even vacuumed!!  A good group of guys indeed!!