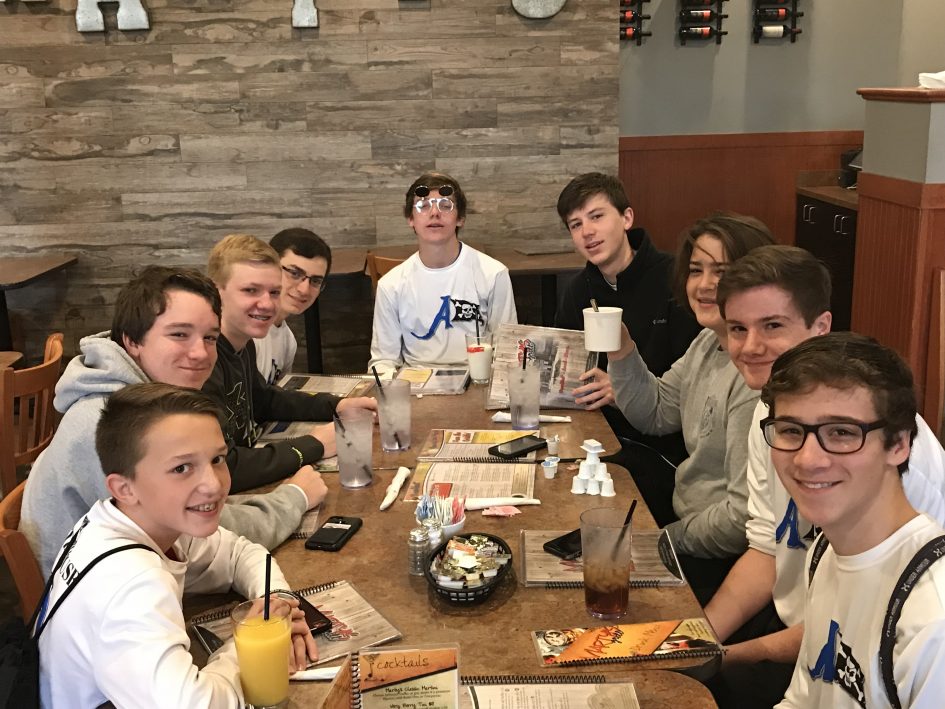 I believe in the value of team sports.  I have seen studies (ex. https://www.inc.com/jordan-fliegel/3-reasons-you-should-hire-an-athlete-today.html) showing candidates who played sports make better employees.  Being a part of a team builds character and teaches the value of commitment.

This past weekend my youngest son participated in a Futsal tournament.  It is an annual thing a few of his travel soccer teammates get together to do.  He played the first half of the first half (they had enough to rotate in a fresh set of legs after a while) and then started the second half on the field.  Shortly after the half began he started to limp and asked to come off the field.  At some point (he couldn’t determine when) he had injured his ankle and now it was bothering him.

He sat the rest of the game on the sidelines with ice on his ankle.  After the game my wife and I talked to him and took a look at his foot.  There was no swelling or discoloration and he was able to put some weight on it.  He iced it down for a while and when the next game started, he went out on the field to warm up.  He quickly ruled out playing as he was unable to run and certainly couldn’t make any cuts or aggressive moves.

Several parents asked us if we were going to leave and take him to the doctor.  We considered taking him to the “Ortho on Call” but decided there was no immediate need and we could do so after the tournament.  He was not complaining about it and wanted to stay and watch the rest of the games.  Really, it wasn’t given much thought as we determined if it hurt and if he was worried about it he would tell us.

I am proud that he wanted to stick around and continue to be part of the team.  Obviously he would prefer to play, he lives for it, but when he couldn’t participate it was important that he still be part of the group and show that “I” am part of this team.  The parent/coach/manager even let him coach the last game (giving him his first win in his coaching career and with the win, a lock for 2nd place in the tourney).  Again, it was important that he stayed (and we thank all the parents who expressed their concern for his injury).

The next morning we went to Ortho on Call and he was diagnosed with a sprain.  He was encouraged to wear a boot (he had one from an ankle injury last year) until he could walk fairly normally flat footed.  Combined with ice and Advil the ortho Doc said he should be able to get back to activity in a week or two.

That night he had volleyball practice.  His team is only a couple of weeks into practices and this night they were supposed to start working on positioning.  I never really gave him an option to skip and he never seemed to expect it – he went to practice and participated in a couple drills where he could stand still and help out, then watched the rest of the time.  He looked bored and/or frustrated, being unable to play, but as we discussed after, it was better for him to be there and observe than to skip.  In fact, that was last night and we are back at practice tonight as I write this (the team is currently scrimmaging and he is watching on, antsy to be able to participate).

I would expect the same from my oldest in this situation.  He has always enjoyed being a part of the team, perhaps just as much as playing.  He would fight me tooth and nail if I suggested he miss a practice, even if he couldn’t participate.  He is the type that would feel like he was missing out too much.  Missing a team event would be devastating for him.

I am glad our boys have strong wills to be good team members.  They know what it means to be obligated and to fulfill their commitments.  They see the value in being a part of the team.  They enjoy the camaraderie and the ability to learn and improve.  These are traits that will help them later in life and have already helped with their school work and their overall work ethic.  Sometimes it is nice to think you got some of this parenting stuff right.