A trip to DC 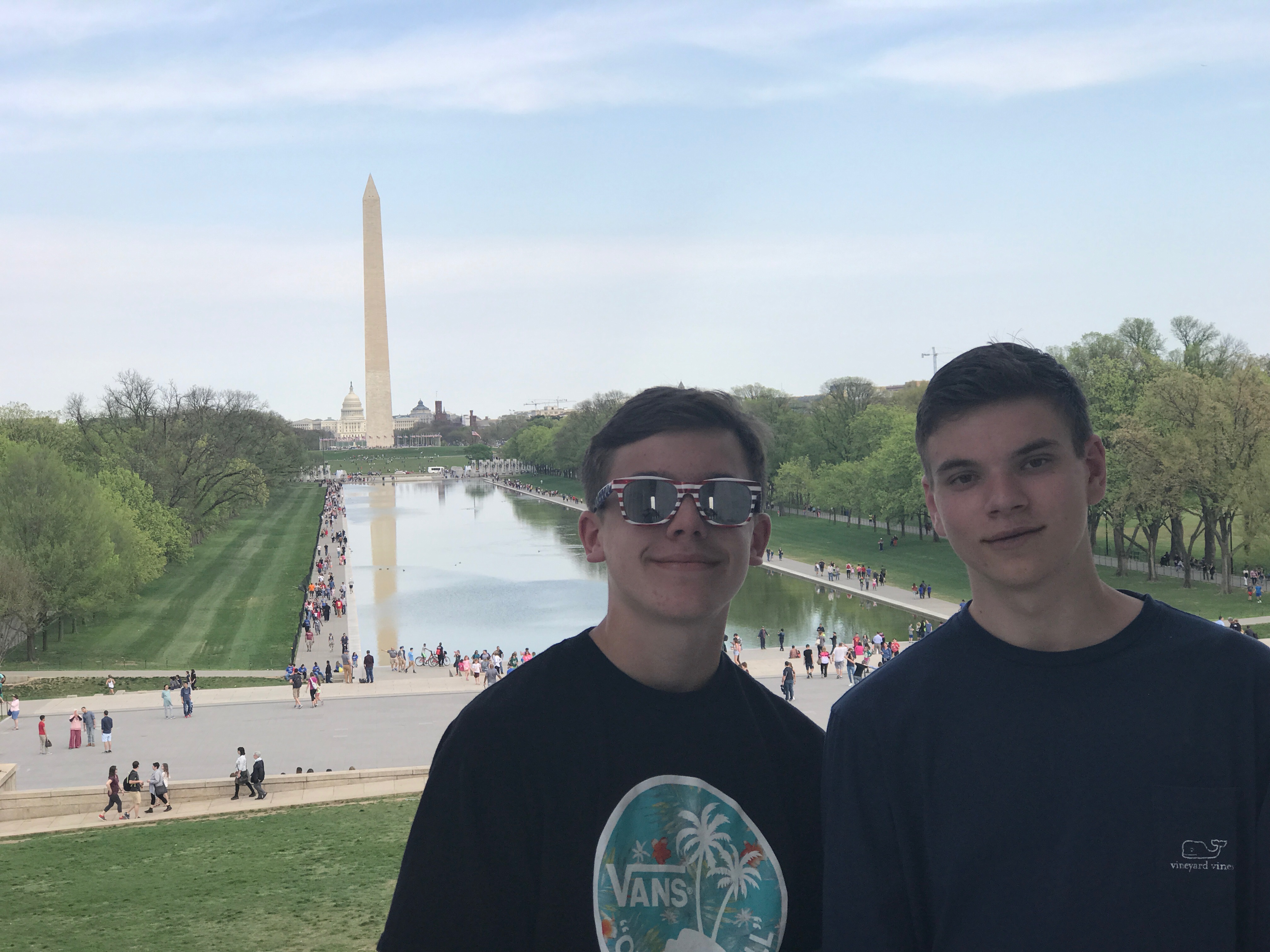 I wrote this on the train ride home so it is a couple months old but better late than never.

I was encouraged at work to take a few days off during the boys’ Spring Break.  Typically we don’t do much for Spring Break but I figured at least I would be home to get the boys around to friends or out to do something.  Then the week before the idea dawned on my to take them up to DC for a day trip.  I bought train tickets for Thursday and let them know we were going to head off on an adventure.   They seemed excited. 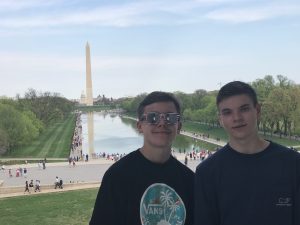 A couple nights before (Tuesday night actually) they had a few friends come over and we setup a movie on the new back patio.  Watching Monty Python while sitting around the fire pit with an almost endless supply of snacks and beverages made for a memorable night.  The next morning there were teenage boys strung about our family room sleeping in positions that reminded me I needed to make a chiropractor appointment.  They slowly started to come to life and like little baby birds, they began to make sounds “Breakfast?”.

But after half a day of recovery we were back into DC adventure mode.  We planned out a few details, agreed to get up early in the morning to catch the train (had to make sure my oldest knew what early meant) and charged phones.  We decided to save the serious details around prioritizing what we wanted to do in DC for the train ride up.  We’d have time to kill and the sleepover hangover was still strong with them so decision making was extremely tough.

We dropped off the dogs, grabbed breakfast at a local dive and headed up to the train station in Ashland.  Ashland is the epitome of small town and the train station is the epitome of the epitome.  There is a note on the door that tells you to check which track your train is on and make sure you go on that side of the two tracks accordingly.  Not a tough concept but I am surprised there aren’t more deaths there as you would think darwinism would be regularly tested.

Our train was an hour late.  Our original schedule had us up an Union Station around 10:30 with our return trip at 7PM.  Losing the hour didn’t seem like a big deal, we weren’t tied to a schedule, but later we did wish we had that hour to spend at the Air and Space museum.  Contrary to that, with our entire day on foot, losing the hour wasn’t so bad.

My youngest had set the tone a few days before – “Quality not Quantity”.  And one of his top attractions was to see the Supreme Court building.  So we started there, got to peek inside the court room (without waiting for the 30 minute guided tour – neither boy was interested in that) and saw/read about much of the history of the building and the court.  It was a good gauge of what he meant with his motto for the day and it seemed everyone got their fill.

Next up with the Capital building.  We didn’t have an appointment for a tour so we just walked around the outside.  The boys marveled at the architecture.  Kind of funny for teenage boys to be that into it but most of what they were commenting on was thoughtful.  From the Capital we went toward the Museum of Natural History (the one voted top of the list on the train ride up).  After a pit stop to make sure they weren’t too famished we saw most of the museum without stopping at too much to dig into the details.  We got to see the Hope Diamond and go through the geologic, sea life, mammal and “origins of humans” exhibits.  It was a breeze through but didn’t feel hurried or rushed, I just let them set the pace.

Once out of the museum we decided to take advantage of the beautiful day and see a few monuments.  We went to the Washington Monument (which is closed until 2019 per their site but a sign stated it may be “closed indefinitely”).  We then walked over to the White House and around to the Pennsylvania Avenue side to see if there were any protests going on.  There were not so we took a picture and moved on to the Lincoln Memorial.  The number of people sitting on the step of the Lincoln Memorial was impressive (almost as impressive as the walk along the reflection pool to get there – we were getting tired) but we were able to get up the steps and check out Mr Lincoln himself.

Next was a hike to the Jefferson Memorial.  Again, quite a long walk but fulfilling in the beauty of the Memorial itself.  The boys debated on what type of columns were which (my oldest pulling up pictures on his phone to prove his point) and we got up to see the statue of Jefferson in the center.  Outside the Memorial there was a bit of activity and a lot of equipment (video equipment – it caught my eye).  After watching for a little while we recognized Te’a Leoni and Zeljko Ivanek from Madam Secretary.  They were preparing to film a scene on the grounds and we got to watch.  Later, when I joked that watching that was the highlight of the trip, the boys said it wasn’t but it did make it unique.

After the Jefferson Memorial we were starting to get near our cutoff time.  We decided to swing into the Smithsonian Air and Space Museum for a few minutes just to see if we would want to come back and spend more time in it on another trip.  We did and we will – this is where the extra hour we lost from the late train would have been nice to have.  We took enough time to tour the entrance hall and then headed back to Union Station.

On the train trip home, as I write this, we are tired, a little sore and looking forward to getting home but I think we accomplished what we set out to do- to have a day of adventure.  We didn’t know what we were getting into and everything worked out well.  The weather was perfect, the crowds not nearly as bad as we thought and most of all, we got to hang out together to see some historical sites and make some memories.  I only wish my wife had been off work to enjoy it with us but we’ll be back.

Adventures like this need to be a part of our lives more than we give time for them.  Yard work can wait (trust me, I make it wait all the time), the honey do list can wait, anything outside of a home emergency can be done at another time.    Organizing our time to allow for a day trip somewhere, anywhere, with the family to create memories is something we shouldn’t let slip by.  As we roll into the Spring and Summer season, take the time to set off on an adventure for a day or longer.  You’ll enjoy it.