Sport of a Different Sort 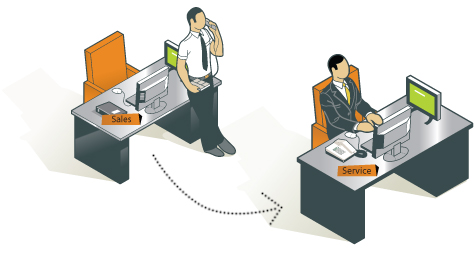 Most of us would probably agree that telemarketing calls are annoying. 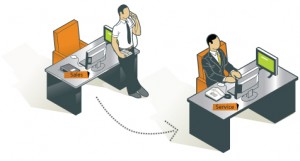 They typically come in the middle of dinner or while you are watching a show or simply not wanting to talk to a total stranger about some offer they have for you that will likely get you into something you don’t want at all. Obviously if I wanted to look at timeshares in Orlando I would book a trip to do so myself. But over the course of the past few years I have started to have fun with these calls (much to the chagrin of my wife).

Part of the “plot” is to keep the telemarketer on the phone as long as possible. It is purely economics – if the telemarketers are tied up on the phone for long periods of time and not getting sales, eventually the telemarketing companies will have to do something else because they are losing value in the practice. Granted, most people simply hang up on them to thwart their business but that allows them to go to the next potential victim. I see my benefit to keeping them on the line as one to save the next person who may fall for their trick (insert wife’s eye roll here).

One of the earlier, and most enjoyable, instances I recall was a call from a man offering trips with some travel club. He was offering a cruise and a trip to Las Vegas. I told him I wanted to do the cruise to Vegas. He clarified there was no cruise to Vegas, they were two different things. I insisted on the cruise to Vegas!! Frustrated, he hung up.

Another was less fun but funny because my oldest was with me and really got a kick out of it. it was with an older woman from Hilton. She was offering a trip to Hawaii with golf and accommodations for simply touring the timeshares. I told her we had done one of these “free” trips before and the airfare was a considerable cost. She told me she couldn’t help with the airfare but kept selling me on the trip. I let her talk but finally told her “Fran, we’re done”. She kept the pitch coming and I reiterated “Fran, I don’t want this to get ugly. We are done.” It took one more time to repeat it (with my oldest laughing all the while) and finally she let it go.

My tactics improved as I got a call at work on my cell phone stating I had won a Mercedes and several thousand dollars. I put the call on speaker to let my co-workers listen in. I even told the guy I was in the office of my attorney but he kept on going. I had him getting into it for a while – we talked about getting the local media to cover the story and when he wanted my home address I told him I would prefer to have my new car delivered to work so all my friends could see it. The call ended when I asked the scam artist to sing a song to me – he mumbled some derogatory terms and hung up.

In the past week I have had a couple of opportunities. One was with the Windows Technical Support Department. I have gotten this call before and knew what to expect, although this time I recorded it (YouTube post). I had these guys cussing me out in the end. I also got a call on the 4th of July about some online coupon deal. We were watching the World Cup when the call came in. I told the guy we could make it easy (he could stop now) or we could make it hard (I could keep him on the line for half an hour). I also mentioned we were watching the game – he caved and asked the score then thanked me and went about his business.

The boys have been entertained by these events and my response. I’ve devised ways to get them incorporated into it as well. We have a few skits for the next opportunity. For example, if we get a call from the Windows Technical Support scam again we are going to role play a father and son where the son has been downloading bad files (the ones the scam artists are trying to get me to clean up). The father is going to “slap” the son on the call for downloading the bad files (my youngest is going to play the role of Tommy the son). I state this here partly to make sure it is known ahead of time in case the scammers call the cops on me!!

Of course with this comes a lesson in knowing when to say when. With this “fun” I am having with these telemarketers, we don’t lose site that they are people, they are doing a job and while I don’t have much sympathy for those trying to scam me, the message of being a good person still persists. The boys know that we still attempt to be courteous and fair. I give any telemarketer the opportunity to end the call and warn them of what we plan to do. If they ignore those warnings, then we are still not free to be ugly, but we can tie up their time and have a little fun.

Perhaps my approach is a little mean. I can see where some might consider it so. But most of it is intended to be humorous and a little fun (and it makes me feel like I am getting back at the system). I believe both my boys have a decent sense of humour and I think that will help them in life. Not that following in my footsteps of giving telemarketers “the business” is the best way to show that sense of humour, but it is one option to “express yourself”.