Lifetime of a Tradition 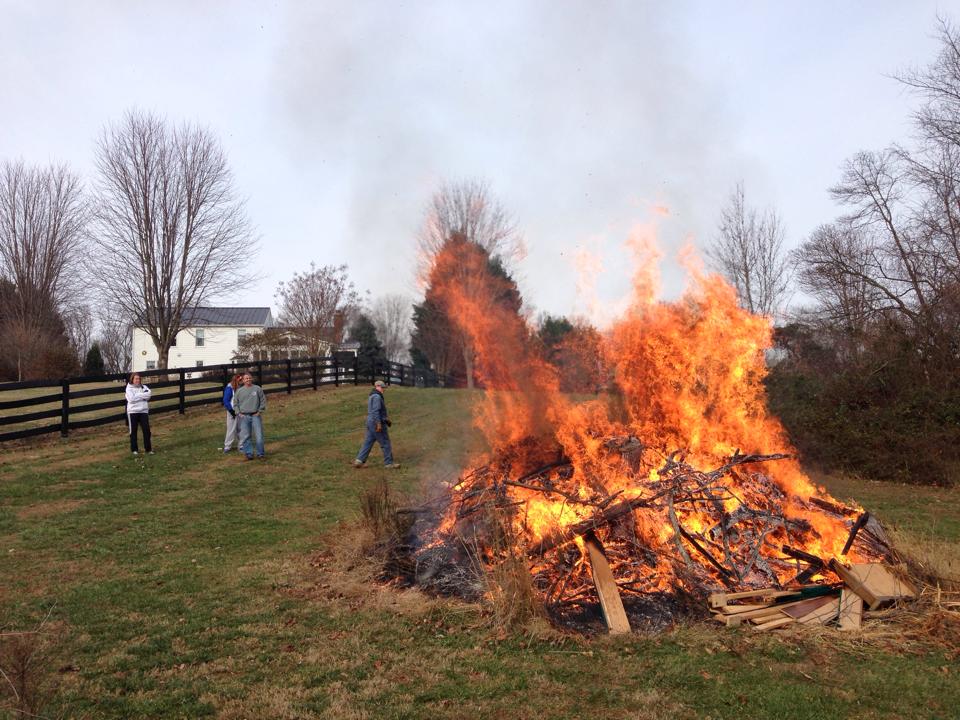 For several years a Thanksgiving weekend tradition has been a big bonfire at my in-laws.  Living out in the country they pile up branches and cut trees as well as scrap wood and who knows what else throughout the year.  It typically becomes two or three piles so that we light one and keep feeding it from the others.  There have been a couple of years where it has been wet or weather has been a factor to cancel it but for the better part of the past 10 years we have fired up the pile as part of the holiday. 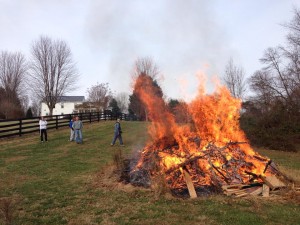 The first few years the kids were in awe.  They stared at the blaze and sat around the fire throughout the day, mesmerized by the dancing flame and taking in the heat on days where November maintained a chill in the air.  They liked it when the fire wasn’t too big so that they could get closer, allowing them to toss on a stick here and there.  But as they have grown older, the allure has diminished a little.  Each year they have come out to see the fire for less time, finding other activities to better entertain them.

This year my youngest set the stage by stating that he would like to see the first start but wasn’t too interested in watching it for too long.  That seemed to also be the case with the others as those who came out (some were still sleeping in when we lit it – teenagers!!) hung around for a little while but seemed to lose interest quickly.  After a while they broke off into a soccer game, paying no attention to the fire (and fire tenders) standing down the hill from their game.

Although the bonfire does present a chance for family participation, it also serves the purpose of getting rid of the pile, which actually would be easier if not annually held to such a strict schedule.  If the kids want to do something else (and especially if it is getting exercise outside on a forty degrees day) then we should be happy with that and support it.  Forcing everyone to have a good time in the family truckster and to go see the world’s largest ball of twine is not good for anyone.

So we will likely remain flexible and perhaps this tradition will die.  I am not sure anyone will be too upset and again, it provides options for my in-laws to burn the pile on a day more convenient to them (and perhaps more frequently so it isn’t as big of a job).  And the kids still have a memory to hold on to and perhaps start their own tradition with when they get older – they just have to remember that the tradition may have a lifetime.