You don’t have to be Julie McCoy

Yesterday I was sorting through some paperwork and noticed that my youngest was wondering around aimlessly.  He looked bored.  His brother was busy putting together a new lego structure (the Slave 1 if you must know) but my youngest seemed to have nothing to do.  I was about to ask him what he would like to do, and perhaps offer some suggestions when I stopped myself.  I thought “Is it wrong to let him be bored for a little while?”.  So I held back and watched. 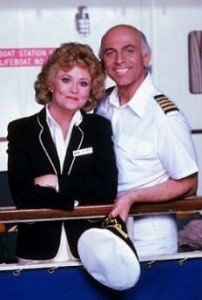 He circled around for a little while, played with some spare legos laying on the other side of the table (not associated with the intense build his brother was conducting, that would have caused a war) and occasionally hummed to himself.  Then he walked off into another room, found a book and sat down to read.  He wasn’t bored for long although he was tired and after a few minutes he actually fell asleep.  He was due some sleep after three days of playing with his cousins over the Thanksgiving Holiday.

I recall as a kid being bored at times.  I think most people can remember a time when there was nothing to do.  We survived.  In fact, we figured out how to keep from wasting away from boredom and although the down times are not what the best memories were made of, they are a part of our maturing.  They require us to be creative, patient and a host of other characteristics that most people will buy books about to learn how to properly parent.

The key is that kids don’t have to be busy all the time.  On a recent episode of TWIT (This Week In Tech), Leo and Kevin Rose commented on the short attention spans of kids these days and the constant stimulation that has caused some kids to lack the ability to read a book due to a want to change what they are doing ever few minutes.  Luckily my kids seem to be able to focus on reading and lego construction for longer time spans.  Long enough to put together a lego structure over 1000 pieces or read until they fall asleep.

But the point is a good one, with constant stimulation how can we expect our kids to deal with down time, to be creative and find ways to pass the time without an iPhone, DS or other electronic apparatus?  We see them everywhere – in restaurants, stores and anywhere else kids are being pacified to be quiet and “occupied”.  Aside from training our kids to ignore everything around them (including vital family communication time), we are training them that they need to have something to do, at all times, and the ability to multi-task but not focus on anything for long.  This approach doesn’t produce the best results

So fight the urge to intervene and be social director for your kids.  Let them be bored and figure out how to entertain themselves, hopefully without the electronics on occasion.  And limit the electronics.  Try conversation or a book or something that will help stimulate thought and creativity.  Twenty years from now their score on the latest DS game will likely be forgotten but a conversation you have or a story they read may still be with them and provide a guiding principal for the rest of their life.